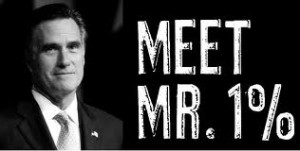 Now he wants to give millionaires and billionaires more tax cuts they don’t need—tax cuts that didn’t create jobs the first time around—while hurting the rest of us.

If Romney’s values don’t match with yours, take action and pledge to vote this November.

Sign up to join the Workers’ Voice campaign here.

Learn more how you can volunteer and get involved today at www.aflcio.org/meetromney.