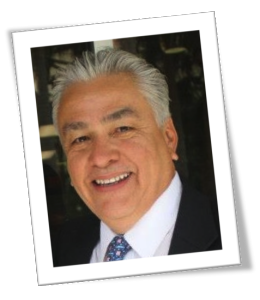 “I am one of the fortunate ones that was able to come to the U.S. on a permanent visa and for whom the immigration system worked back in 1975. Early on, there was a time when I resented other fellow immigrants who had over-stayed their visas or who did not have the proper documentation to live here.  There was a bit of self-righteousness about my privilege,” explains Guerra. “I felt like they were cheating the system.  I bought into the idea that since ‘I had done it the right way’ the others were wrong. Today, I have come to understand that the current immigration system is not effective in serving the U.S. economy and the millions of human beings who have come here to work and provide services for the rest of us. The current system is broken and needs to be fixed.

“I have met immigrant families who have worked very hard all their lives to provide for themselves while working in unfair, back-breaking and low-wage conditions. We have benefited from their labor.  I am offended and hurt when politicians and people try to divide us into those who “did it right” and the rest as illegals and even go as far as to call them criminals. I have listened to the horrible experiences of other immigrants.  I now know that I had it easy compared to them and realize that those of us who made it here “the right way” need to be advocates for those who worked so hard to get here and stay here despite a badly broken system.  The system is broken because it is under-resourced and therefore cannot provide the proper documentation to the workers the economy needs.  The demand is there but the system cannot process them efficiently so instead, it creates conditions that push these workers into the shadows of society. “

Guerra is a successful businessman who emigrated from Venezuela in the 70’s. He is married, educated and the father of two grown and successful children who are also sensitive to the plight of others. Having dedicated his life’s work to economic development, Guerra and his partners have patented a system of aquaponics that makes urban agriculture possible in neighborhoods known as “food deserts” so that everyone can have access to fresh and locally grown food.

“I reject the premise that these aspiring Americans are criminals and therefore should be treated as such.  I firmly believe that they would not be here if there was no demand for their labor in our economy.  In fact, they are already here contributing to our economy.  So why would anyone feel it’s necessary to punish these new Americans by making it so hard for them to become citizens?   That’s not just wrong; it’s immoral and destructive to our economy. That’s why I support, and urge everyone to get involved in demanding a comprehensive immigration reform with a fair path to citizenship.”