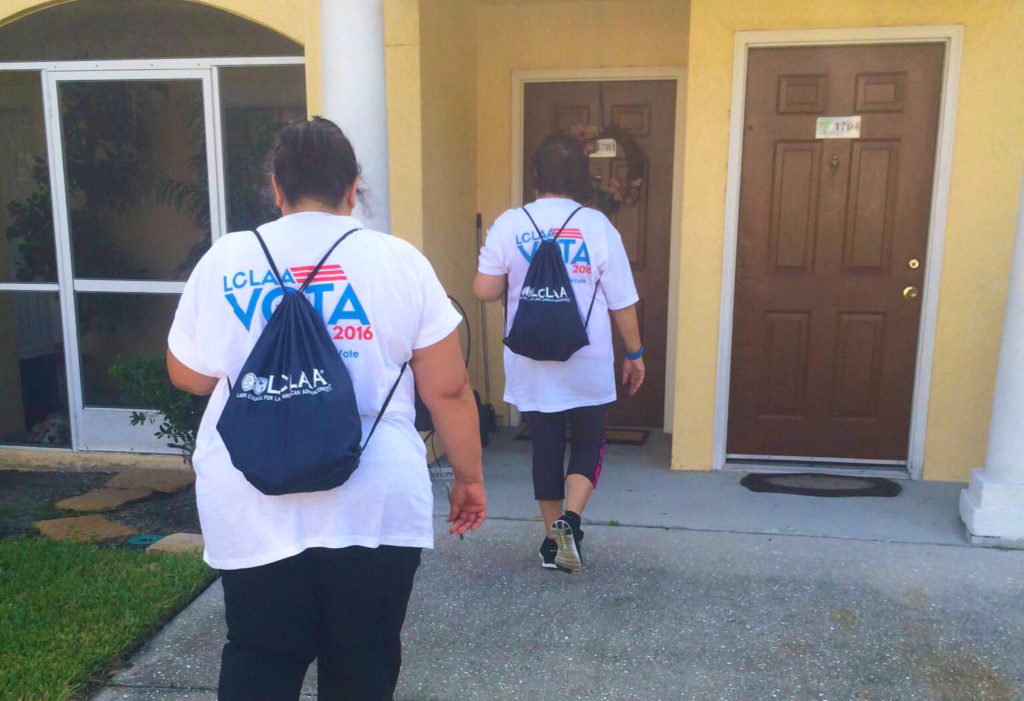 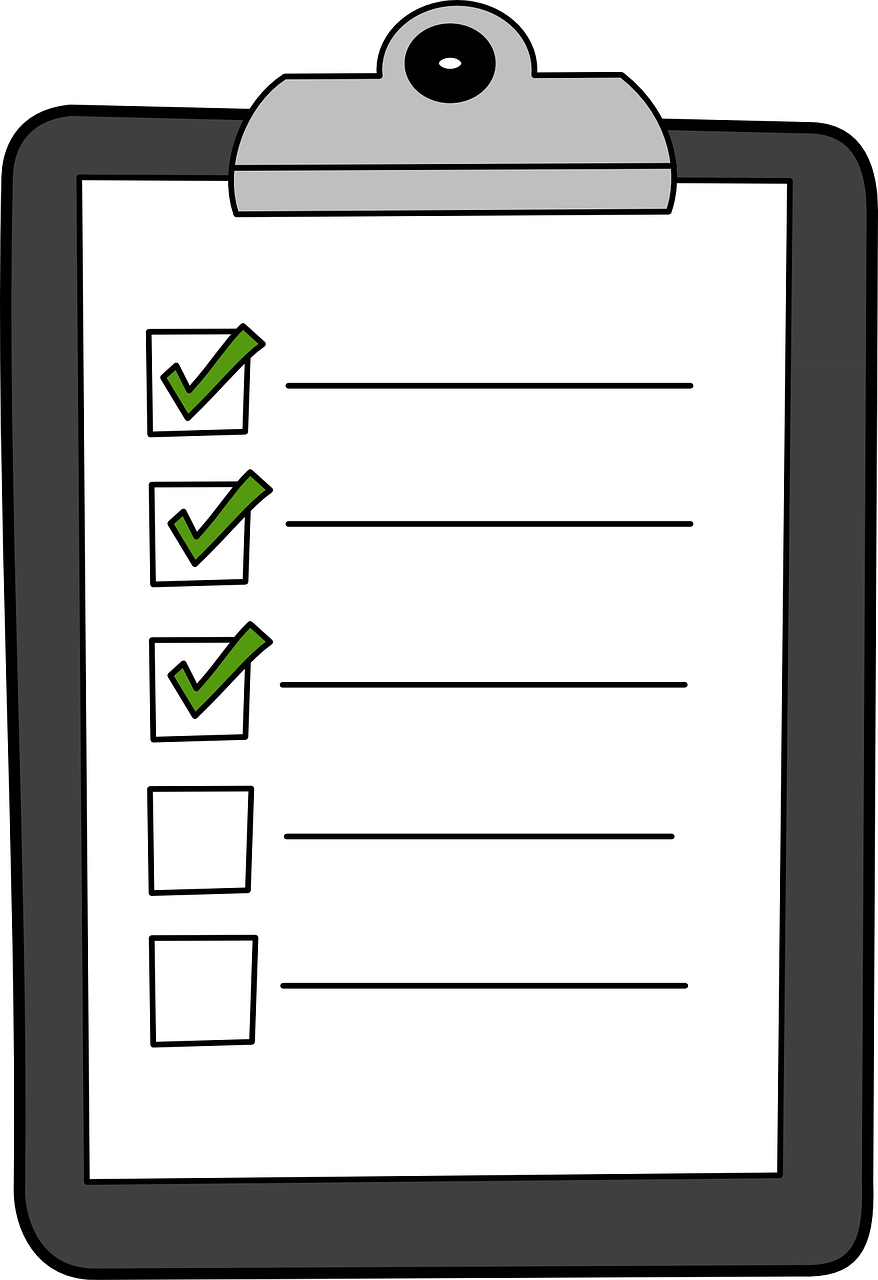 A recent report sheds some light on just how important the Latino vote is in this year’s election, especially in Florida. The report “Working-Class Latinos in Orlando More Motivated to Vote Because of Trump” was produced by Working America. Its conclusions, if they prove to be true, could change the outcome of the presidential election and prove the strength of the Latino voting block.

Working America interviewed 509 likely Latino voters across eight working-class precincts in the Orlando area where 97 percent self-identified as Latino or Hispanic. Within that group, 68 percent said they were Puerto Rican, followed by a segment of voters from Colombia, Ecuador, Cuba, the Dominican Republic and Mexico. The report finds that fear of a Trump presidency is motivating the majority of Latino citizens to vote. They also reported a heightened level of threat and discrimination stemming from the anti-immigrant vitriol unleashed by the rise of right-wing rhetoric as a motivating factor.

Of those interviewed, 63 percent preferred a Democrat for president, 3 percent picked Trump and 31 percent were undecided. What makes this report different than national polls showing similar results is that this report surveyed a majority of Puerto Ricans. Many do not realize that Puerto Ricans are U.S. citizens and do not go through the naturalization process or face the same immigration hurdles other Latino’s do. That being said, immigration issues are important to them and Trump’s characterization of immigrants and ignorant remarks on immigration have not endeared him. Add to that his position against bailing out the territory suggesting instead that it cut costs, means that Puerto Ricans, more than any other Latino group, in Florida will disproportionately influence the outcome of the election.

With a population of more than 20 million, Florida is the largest swing state in the nation. Due to Puerto Rico’s stagnant economy, tens of thousands of Puerto Ricans have immigrated to Florida over the past decade. According to the Pew Research Center, Puerto Ricans make up 27 percent of eligible Hispanic voters, second largest only to Cuban-Americans who make up 31 percent. While Cuban-Americans have largely voted Republican, Puerto Ricans have tended Democratic. If the immigration trend continues, Puerto Ricans could soon outnumber Cuban-Americans.  They are also critically located along the “must win” I-4 corridor. The “I-4 corridor is the key to winning Florida: Win the area and you win the election,” Susan MacManus, a political science professor at the University of South Florida in Tampa, told Yahoo.  That’s because Florida’s sizeable population gives it an oversized influence in selecting a president, according to a Reuters article, and there is almost no path to victory without Florida’s Electoral College votes. 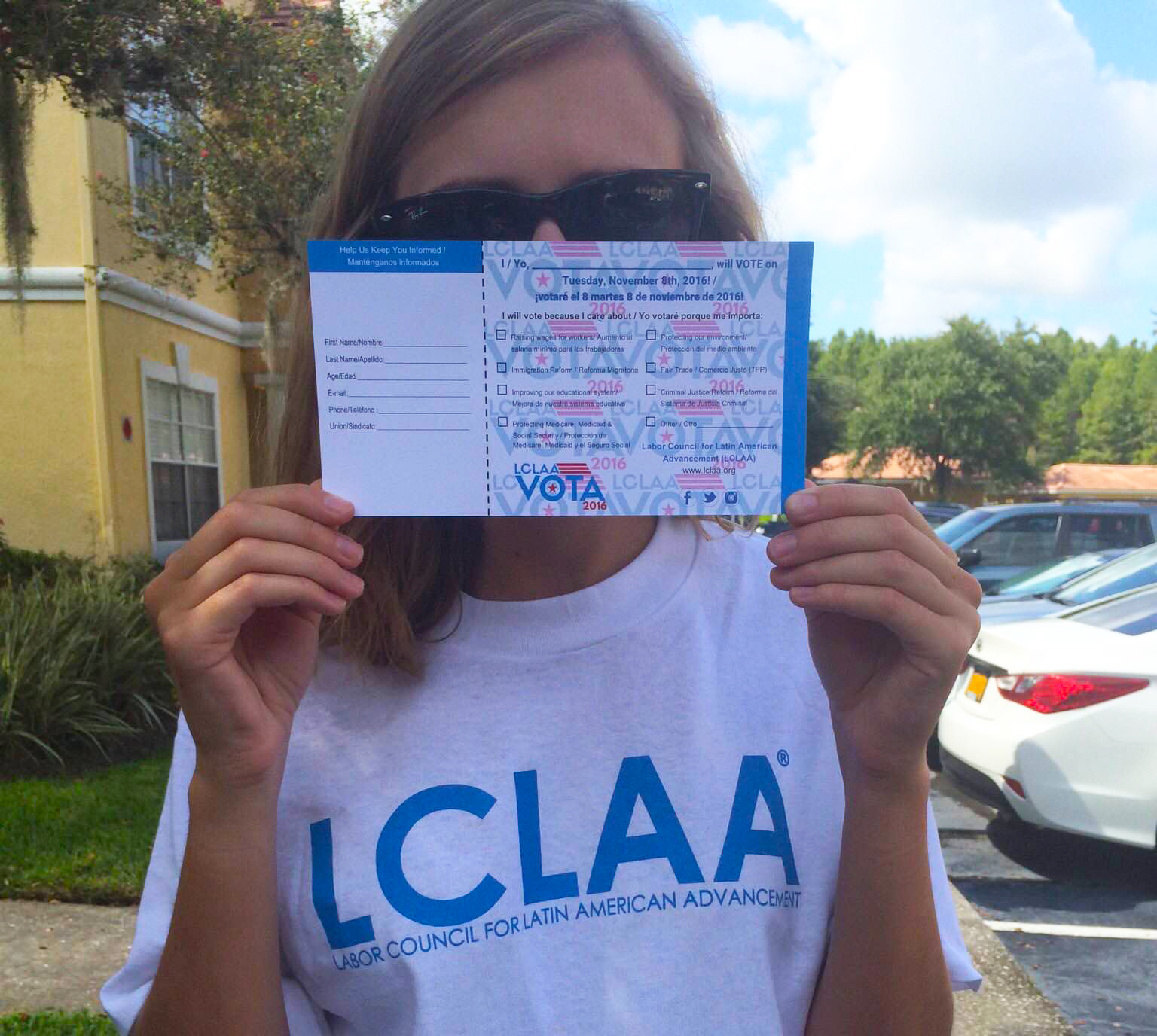 Leading up to the election, Labor and allied organizations are putting a special emphasis on the community by educating voters door to door on the issues that matter most to them. This past weekend the Labor Council for Latin American Advancement (LCLAA), the organization that represents Latino union members across the country, held their national conference in Orlando Florida. The goal of the conference was to give Latino labor and community leaders the opportunity to organize around the issues that Latino working families are facing in the upcoming election cycle. On the Saturday, volunteers brought those issues face to face in conversations with the community by knocking on 5,000 doors in Central Florida.

Only time will tell if this angst will be felt at the ballot box. If words do indeed indicate future action, then this voting block may ultimately control the outcome of future national elections.