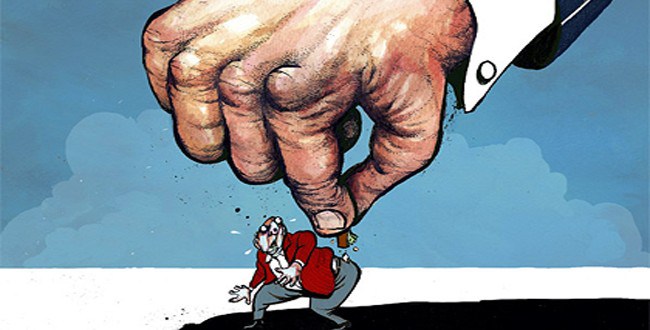 I feel compelled to share in this first post that “Templin’s Take” wasn’t my idea, especially the name. It was the brain child of our Communications Director who routinely has to field questions from union members across the state about complex policy matters and the interconnected politics behind them. Many of those questions find their way to me. I think it’s also intended to provide a release valve to vent my frustrations about the irrational, illogical and counterproductive public policy disasters that riddle Florida’ statutes, policies that are based on a criminal ignorance of economics and the needs of Florida’s working families. I’m sure the hope is that if I extricate those frustrations here, I’ll spend less time on my soapbox forcing office mates to listen to rants that often start with, “This is idiotic!” So…here we go.

I am often asked, “What is the first policy you would change in Florida to help the economy?” My answer? Fix Florida’s horribly broken Unemployment Insurance (UI) system.

The Take: This is a long and complicated story but Florida’s Unemployment Insurance system is the worst in the nation. Most unemployed workers never qualify and those who do, don’t receive the payments they need to pay for even the most basic necessities and the payments don’t last long enough for them to find work in an economy that is still in ruins, 700,000 jobs short of where we need to be. The dismal state of our UI system is a drain on the economy, is hindering job creation and increasing poverty. All of this misery is because big business doesn’t want to pay the taxes they owe. 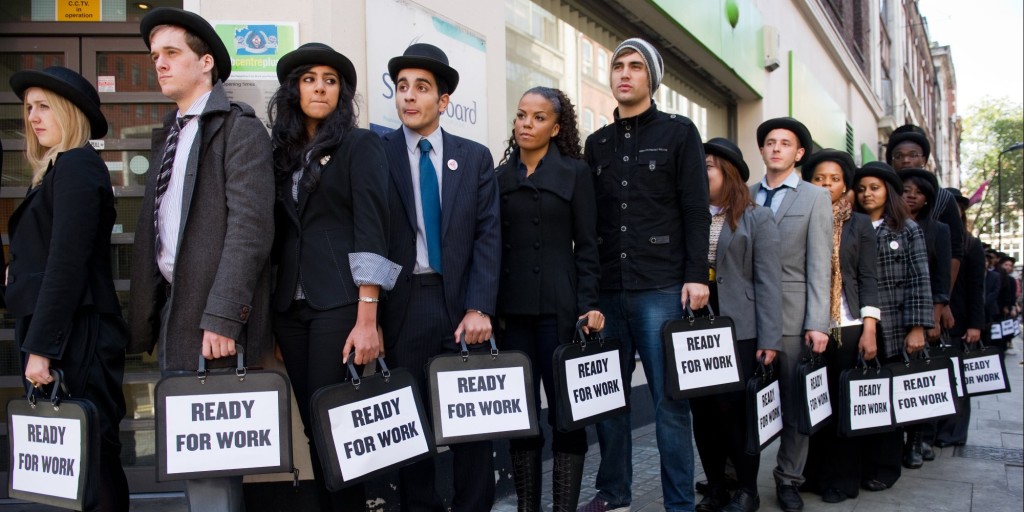 The majority of the nation’s top economists agree that the Unemployment Insurance system is one of the most successful tools available to policy makers to stimulate the economy. The time tested theory is quite simple. In times of high unemployment, low consumer confidence or economic downturn, the demand for goods and services drops off. This lack of consumer activity forces more businesses to lay off workers which in turn leads to greater losses which in turn leads to more layoffs…creating a downward spiral of economic stagnation and eventual collapse. The best way to stimulate the economy is to increase the purchasing power of those most likely to immediately pump money back into the economy; namely, low to moderate income working families. This is the major reason that the Unemployment Insurance system was created in the wake of the Great Depression. Unemployment INSURANCE isn’t a welfare entitlement. It’s not free money that drives people to sit at home eating bon bons, watching soap operas and game shows…it is BUSINESS INSURANCE designed to provide business owners the fuel they need (customers at the cash register) to drive their part of the economy and with over 70% of that economy comprised of consumer activity, it’s a really big part. We also know it works.

Unfortunately, Florida’s 75-year old UI system has proven time and time again to be unable to function in the new economy and has received failing grades since 2002 in several comprehensive state by state analysis of UI systems by the National Employment Law Project (www.nelp.org), the Economic Policy Institute (www.epi.org) and others. These reports have repeatedly made the convincing argument that Florida needs to act to improve benefits, increase eligibility and increase the overall system’s efficiency. For years, the Florida AFL-CIO has worked to introduce legislation that would make the necessary changes to the Unemployment Insurance system. In 2008, after years of work, the Obama Administration and the United States Congress offered to help Florida’s unemployed workers but only if the Florida Legislature agreed to some of the reforms we had been pushing. The economic stimulus package signed by President Obama included the provisions of the “Unemployment System Modernization Act”, a groundbreaking piece of legislation designed to help the states make critical changes to their UI systems with over $7 billion in financial incentives designed to help fund these changes. We believed, as did many legislators on both sides of the aisle, that the Florida Legislature would finally act to modernize our own system, draw down the half a billion dollars needed to stabilize the trust fund and make UI benefits available to over 500,000 Florida workers who had been shut out of the antiquated system. Unfortunately, we were all very, very wrong. 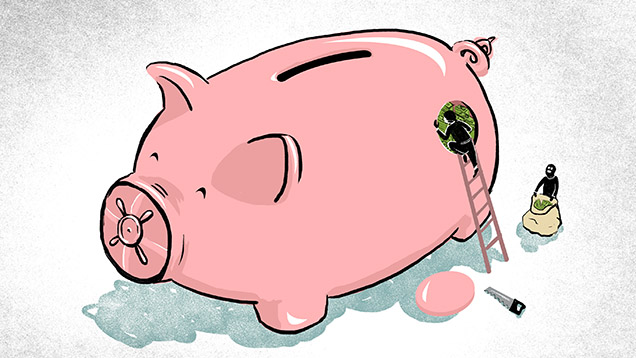 In 2007 and 2008, as the Great Recession began taking its toll on Florida’s workforce, hundreds of thousands of newly unemployed workers entered the system. Unemployment benefits are paid for out of a dedicated trust fund which receives premiums from businesses of all sizes and shapes across the state. In Florida, there is a statutory “trigger” that raises those UI premium rates when the trust fund drops below a certain level. As the trust fund was drawn to pay all of the new benefits, the trigger kicked in but in 2009, the big business lobby pressed the Legislature to exempt businesses from these increases so there was not enough money flowing into the system. The state was forced to borrow the necessary dollars from the Federal Government. While these loans were being used to help the unemployed, they really were paid out on behalf of the business community who didn’t want to pay the necessary increases and a legislature that was all too eager to grant them their wish. They took this money from the stimulus package while simultaneously attacking the same package for political gain. In the 2010, thanks to the business lobby’s interference with the system, these UI premiums were scheduled to go up again even higher than normal, because the trust fund was becoming insolvent due to the fact the businesses had not been paying their taxes. Once again, the Florida Chamber of Commerce, Associated Industries of Florida and the rest of the big business lobby pressed again for an artificial waiver and businesses were again absolved of their responsibilities. By 2011, the state owed millions to the Federal Government and the UI trust fund was completely insolvent.

In 2011, using the crisis they created as cover, the big business lobby pushed one of the most draconian legislative packages seen in recent Florida history. The goal of the “reform” packages embodied in SB 728 and HB 7005 were simple; forever absolve Florida’s biggest businesses from their legal tax liability by completely gutting the Unemployment Insurance system, denying hundreds of thousands of workers the benefits they need through direct cuts and new complicated rules and procedures designed to keep future unemployed workers from ever qualifying for benefits at all. This legislation was designed not only to stabilize the trust fund while absolving businesses from their tax liability, but to reduce the premium rate (Florida’s was already one of the lowest in the nation) in perpetuity by placing new barriers on workers in order to receive benefits, cutting benefits by over 54%, making it easier for employers to fire workers without providing benefits, changing legal presumptions in appeals of denied benefits to favor employers and a statutory reduction in the tax rate.

The Crime of Being Unemployed 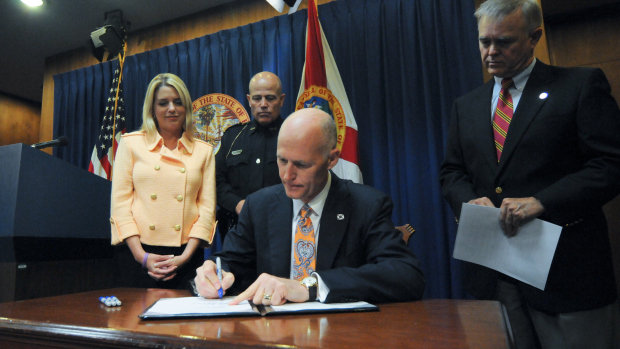 Remember, Governor Rick Scott ran his Tea Party campaign on cracking down against “welfare cheats,” of course ignoring the fact that welfare, as he described it, had been eliminated in the 1990s. (Remember his repeated unconstitutional attempts as Governor to drug test anyone receiving public assistance?) So he lobbied heavily for these changes, casting the UI system as a welfare program, one filled with fraud and lazy scofflaws taking advantage of angelic business owners who just wanted to create jobs. Legislators followed suit and as the bills moved through committee, we were all forced to listen to paternalistic lectures about how the unemployment benefits were a “disincentive to work” and that workers were not finding jobs because unemployment was a “lifestyle choice” fueled by tiny checks that by all accounts weren’t enough to pay for even the necessities. They argued that the unemployed were lazy and the system must be reformed and benefits must be reduced if people were to ever return to work. They made these despicable comments even though their own data showed that, at the time, Florida was over 900,000 jobs short of prerecession levels! People were out of work because there were no jobs and they knew it! Governor Scott signed HB 7005 on June 27th, 2011, one of the first bills he ever signed and the effects of these changes resulted in tables without food, rent and utilities going unpaid, and children having to forgo shoes and school supplies. This disgusting trade for more tax cuts for the business community actually deepened Florida’s economic woes, slowed our growth and continues to reverberate across the economy today. 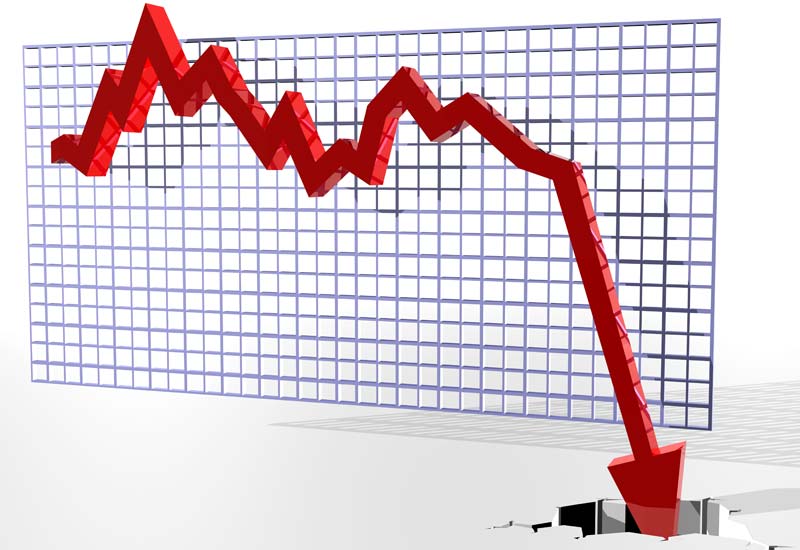 In the years since, some of the provisions of this disastrous overhaul have been repealed or softened but the bulk of this disastrous law remains in effect. As advocates for working families fought this policy, we predicted that the changes would remove workers who should be eligible, would reduce benefits and would slash the length of time workers could qualify for these critical life-line payments and were rebuffed. As we enter our fifth year under the current system, we now know unequivocally that we were right according to information compiled by the Florida Center for Fiscal and Economic Policy (www.fcfep.org)

How is this hurting the economy? The Agency for Workforce Innovation has calculated that every dollar of unemployment benefits creates $1.65 in economic activity. That’s a 65% return on the investment! That’s millions of dollars of lost economic activity in our state, stalling any economic recovery and job creation. Every unemployed worker who does not qualify for benefits is a lost customer at the cash register. This legislation was pushed by the mega-businesses in Florida. Those companies that have thousands of employees and which have no doubt done a cost-benefits analysis and determined that the tax breaks they get are worth the lost customers. Small businesses and average Floridians are not so lucky.

Is there an issue you would like to see addressed in this forum or a policy question you have for the good doctor? Use the form on this page to submit your questions or ideas for the forum and we will get Rich working on it.