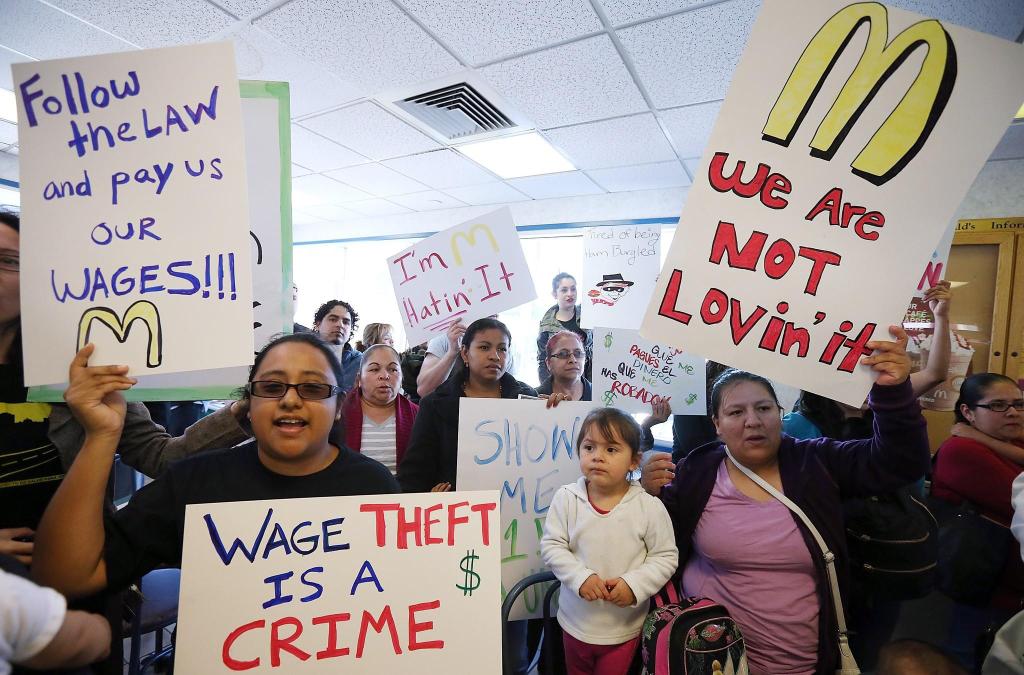 On Thursday, February 26th, the City of Miami Commissioners unanimously voted to pass the “Responsible Wage Ordinance.” The Coalition for Responsible Wages, a diverse group of faith, labor, community-based organizations, immigrant rights groups and university researchers came together to fight for an ordinance that will raise the wages of Miami’s construction workers and their families.

In the end, supporting the Ordinance means that commissioners are prioritizing Miami’s economy and working families by creating a more sustainable economic model that keeps our economy and community moving forward. The City of Miami deserves a growing middles class, an expanded skilled workforce, increased economic activity, greater tax receipts, and more accountability of public spending.

The only opponents to the ordinance were the Associated Builders and Contractors (ABC), who argued that the ordinance would negatively impact small businesses and contractors as a result of added wage and compliance requirements. However, research findings show that small business contractors have benefited from the Miami-Dade County’s Responsible Wage Ordinance which has been in place since 1990.  Specifically members of ABC have been awarded over $40 million dollars in construction projects from January 2013-December 2014.

Having a Responsible Wage Ordinance in place will ensure that workers in the City of Miami are paid correctly and avoid wage violations because contractors will have to submit their payroll information. “”Having worked in the construction industry for over 35 years I have seen the abuses of crooked contractors cheating employees and their families out of well-earned wages and benefits. This ordinance will assure tax payer money goes to qualified responsible contractors by extending the 25 yr. old Miami Dade County Ordinance to City of Miami Capital Improvement Projects,”  said Mark Schaunaman, of the International Union of Operating Engineers Local 487.

It is important to highlight the great importance of working in coalition in order to create changes and wins for Miami-Dade’s working families. The various testimonies from community organizations, faith based organizations, university researchers, and small business owners,  made it impossible for the opposition to argue that the ordinance was merely a “union” issue.  The Responsible Wage Coalition exemplified that this was a community issue.  Working together we showed our elected officials that this was not just a “union” ordinance, but rather a community ordinance.  And that Miami deserves a growing middles class, an expanded skilled workforce, increased economic activity, greater tax receipts, reduced tax deficits, and more accountability of public spending. Miami’s working families should be our elected officials’ priority and passing the Responsible Wage Ordinance was the responsible thing to do.

Cynthia Hernandez is a member of the South Florida AFL-CIO.