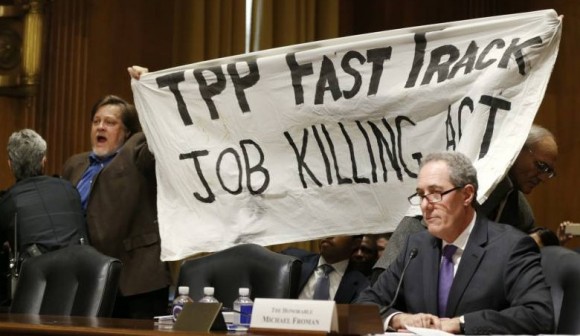 If you had to sign a contract on something really important, say a contract of employment or purchasing an expensive service, you’d probably want to read it in detail before pen touched paper right? Well, multinational corporations don’t seem to think that’s necessary for Americans when it comes to negotiating sweeping global trade deals. In a show of true unity, labor unions, community organizations, activists and working families from across the country have banded together to fight back against the Trade Promotion Authority (TPA), known simply as Fast Track. If you’re in the dark as to what Fast Track is here’s the down and dirty on this legislation that could pose drastic effects on American jobs.

What’s Fast Track?: Fast Track also called Trade Promotion Authority (S. 1900 and H.R. 3830), would establish a process that allows no amendments and limited debate on the Trans-Pacific Partnership (TPP), the largest trade agreement in world history. Once Congress gives up authority, the President is free to negotiate provisions that will send jobs overseas, reduce the bargaining power of workers, jeopardize health and safety regulations and give corporations more control over our economy and our trading partners’ economies.

“Free Trade”: Past trade agreements like NAFTA have cost nearly a million jobs overseas and cost Florida over 35,000 jobs according to a report by the Economic Policy Institute. 44,254 of those Floridians who lost their jobs were certified as having lost their job due to imports or offshoring under the Trade Adjustment Assistance (a worker retraining program) which is notoriously hard to qualify for and is also a part of the Obama administrations trade package. Due to its secrecy, we do not know exactly what the Trans-pacific partnership will cost us but the history of lost jobs and bad trade deals are enough to make us want an open and transparent process to future agreements. 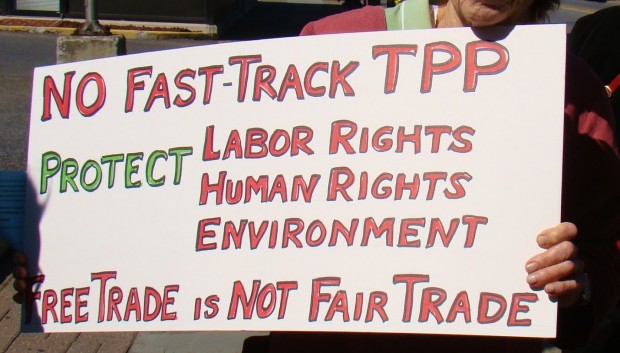 People Power: Here in Northwest Florida, we fought to get Congresswoman Gwen Graham of congressional district 2 to join the side of working families and commit to no vote. After weeks of meetings, phone calls, collecting letters, canvasses, and other actions, the Congresswoman announced she would be voting no on Fast Track.

Despite Grahams no vote the house passed Fast Track by a small margin first when it was alongside TAA (trade adjustment assistance) which was voted down, and then again as an amended bill with TAA removed.

Take Action: The fight is not over yet. Now the ball is back in the Senate’s court and Fast Track will be up for a vote at anytime this week. It’s now or never and we need you to call your Senator and let them know that Fast Track is not what working people want!

Danielle Thomas is a Field Rep. at the Northwest Florida Federation of Labor