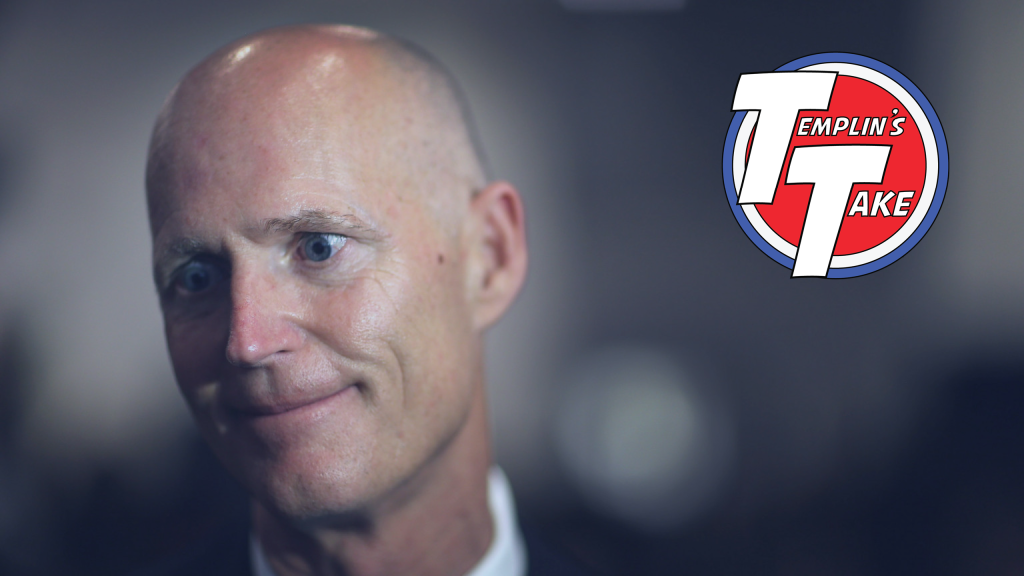 Once again, the media is all abuzz and many in the Florida Legislature are absolutely giddy at the prospect of what they call a budget surplus this year. As has been the case since 2014, numbers are flying around about that most purport to be a surplus.  State fiscal analysts are predicting a surplus of about $635 million and the Governor’s office, using a bit of fuzzy math that no one outside of his administration can understand, is projecting excess revenues of $1.3 billion.  While Senate President Andy Gardiner and Senate budget chief Senator Tom Lee have been cautious at best, Scott and Florida House leaders have been spraining their arms pat­ting themselves on the back for their good fiscal stewardship and salivating over the tax cuts they hope to hand out like candy during an election year.

Governor Rick Scott has rolled out a $1 billion tax cut package and he and his minions have been campaigning across the state, in the Capitol and anywhere else they can find a microphone, to get it passed in the Legislature.  Interestingly enough, all of the logos and printed materials look just like his last “Let’s Keep Working” election campaign leading many to believe that this is less about fiscal policy and more about the next U.S. Senate race.  The tax cut package has several big ticket components including the permanent elimination of the corporate income tax for manufacturing and retail corporations (which costs $779 million each year), the permanent elimination of sales taxes paid on manufacturing equipment and machinery (which costs $76.9 million each year) and a 1% reduction on commercial property leases (which costs $339 million per year).  There are also temporary sales tax holidays which would cost about $75 million per year, but these have really become sales gimmicks for the big retailers and save working families very little money.  So in short, as usual, the Governor wants big tax cuts for big business while average tax payers get pennies.

The bi-partisan excitement we have seen over these so-called surpluses over the past couple of years seem to have waned this year, especially with House Democrats whose leaders are much more critical of the surplus/tax cut narrative than they have been since 2014.  So how much is the surplus?  $635 million? $1.3 billion?  In reality…THERE IS NO SURPLUS!

To find out more visit www.fcfep.org.

These are just a few examples of our poor record of funding critical social services, a record that is keeping Florida at or near the bottom in just about every single indicator of a strong and vibrant state. We also have huge challenges in terms of poor infrastructure, inadequate resources for environmental protection and some of the worst regulatory systems in the nation.

Do we have a surplus? Absolutely not! It is both irresponsible and short-sighted for politicians to be talking about tax cuts for anybody when you consider just how bad Florida’s working families are still struggling.

Working families need meaningful investments from state gov­ernment to help get them back to work, not sales tax holidays that put pennies in their pockets while exploding the profits of Florida’s retailers. Florida continues to suffer from a major revenue problem. We are home to the 4th wealthiest popula­tion in America but are cursed with the 2nd most regressive tax system, meaning the middle class and working poor pay the bulk of the bills while the wealthy and big corporations reap all of the benefits. This so-called “surplus” and the hag­gling over what to do with it offers us an opportunity to dis­cuss these issues once again as we work to close over $5 billion in corporate tax loopholes and exemptions so that Florida can begin to climb out of the hole created by 17 years of failed “trickle down” economic policies.