The Postal Service Is One of America’s Most Trusted Institutions. So Why Is Trump Trying to Kill It? 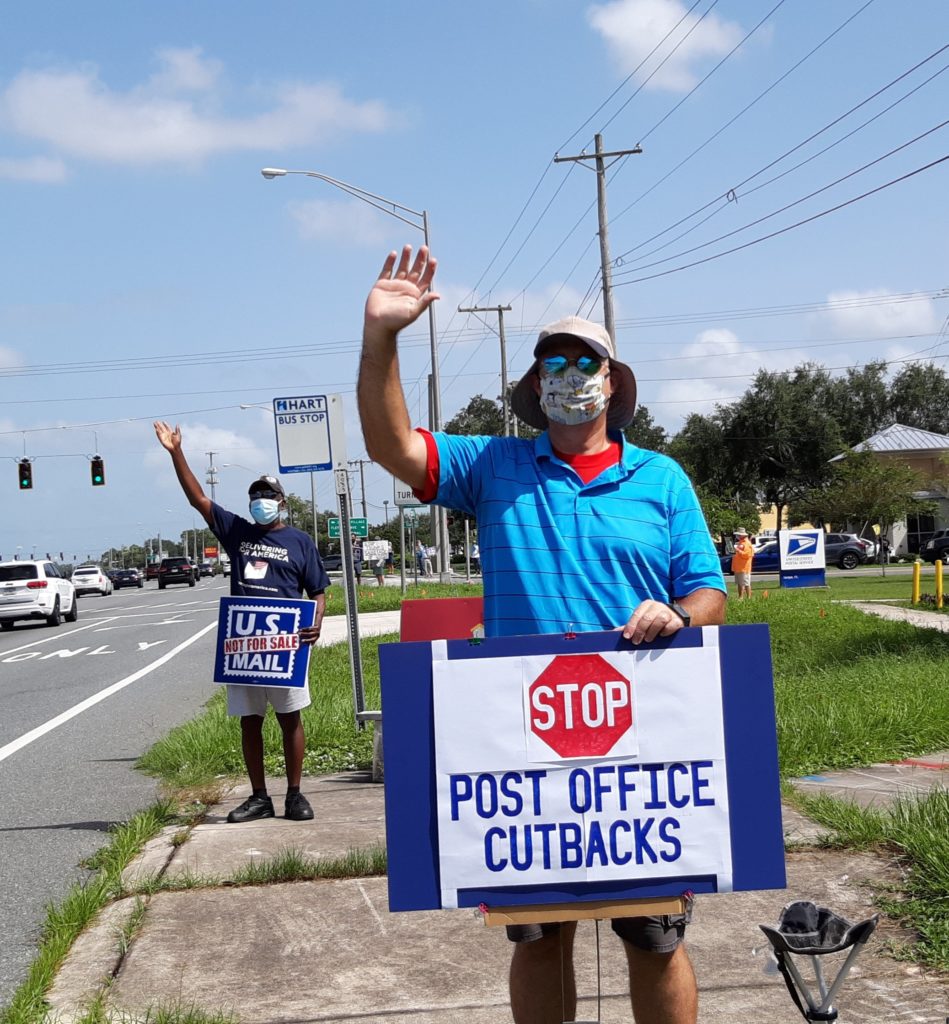 Every day, the United States Postal Service delivers hundreds of thousands of pieces of mail to every corner of the country. The USPS is one of America’s longest-running and most trusted public institutions. It’s served the American people through wars, depressions, and pandemics. Their deliveries are a lifeline in keeping our communities running, delivering everything from letters to loved ones, medical supplies and prescriptions for veterans and those unable to leave home, and packages for small businesses. So why is the current administration trying to kill it?

President Trump has continued to attack the Postal Service throughout his tenure, accusing it of being both a tool of Amazon owner Jeff Bezos and a tool for voter fraud. Trump has remained adamant that voting by mail will lead to a mass hysteria of voter fraud, a claim that has little basis in reality. Voting by mail is popular with voters on all sides of the political spectrum. Unfortunately, it’s clear he’s attempting to question the legitimacy of the Postal Service in order to cast doubts on election results.

Trump hasn’t been all bluster this time. In June, his administration appointed mega-donor Louis DeJoy to the position of Postmaster General. DeJoy began his tenure like so many corporate raiders: he’s moved to limit delivery, called for the removal of crucial infrastructure, put a halt on overtime in order to fulfill orders, and moved to reduce the hours of service at USPS locations.

Postal workers were already facing difficulties due to the COVID-19 virus, as essential workers, letter carriers and postal workers are at an increased risk of exposure. On top of that, the United States Postal Service has been artificially hindered by Bush-era legislation that forces them to prepay healthcare benefits decades in advance, forcing the USPS to lose billions of dollars.

“We have a Postmaster General that was installed June 15th, and ever since that day, everything has gotten turned upside down with the Postal Service and postal workers,” said Harris. “He’s rolled out plans to severely curtail and delay mail services. It’s so blatant to sabotage us, it’s an election year, and it’s at our peak season, and he has issued memos and directives to managers to call for (limiting) floor mail service, reductions in retail hours, removal of processing equipment, overall reductions in work hours, changes in transporting the mail, (and) cuts to customer service.”

Harris, a 30 year veteran of the Postal Service, says that while attacks on the USPS have happened in the past, she’s never seen them carried out so deliberately. The Postal Service is a lifeline for hundreds of thousands of people nationwide. She’s worried that these changes could affect some of our nations’ most vulnerable.

On Tuesday, August 18th, DeJoy declared that all changes to the Postal Service would end until after the November 3rd Election. The move would stop all changes that haven’t occurred. In a hearing on Friday, August 21st, he admitted that sorting machines that have been removed would not be replaced.

The United States Post Office continues to be one of the most trusted institutions in the nation, according to a March Pew Research Poll, it has a 91% approval rating, crossing party boundaries.

Al Friedman, President of the Florida State Association of Letter Carriers, thinks that DeJoy’s methods and history don’t line up with a gigantic public service like the USPS.

“If you look at DeJoy’s history, the most people he’s ever employed in any one of his companies is 25,000, so welcome to 650,000. It’s not a company where you can shut the doors at four o’clock and make everybody work an eight hour day. You don’t have a commitment, a congressional mandate that you deliver six days a week, and you go past every mailbox every day. Those are mandates that we have to go by.”

Friedman feels that the recent politicization of this service is meant to decrease confidence in the USPS.

“I’m tired of the Post office being a political speed bump, that every turn we make, we have something that keeps us from being successful.”

The changes instituted by DeJoy are only a part of the broader attack on the Post Office. President Trump and his Treasury Secretary, Suicide Squad producer Steve Mnuchin, lobbied against the original CARES Act loan for the Postal Service. The HEROES Act, the stimulus bill passed by the House in May, would provide vital funding for the USPS. Since it’s passage, Mitch McConnell has slowed down any movement on the bill in the Senate, while President Trump recently tweeted that he would refuse to recognize any relief legislation until after the election. Four federal district courts have joined an injunction that would prevent any of these changes from happening until after the November election.

The working men and women of the USPS have continued to serve their communities throughout this crisis, through snow, rain, heat, and hostile political aims. They’re committed to doing their jobs. The question is whether or not our elected leaders in Washington will do theirs.

Members of APWU and NALC are calling on concerned citizens to contact their U.S. Senators and Representatives to protect and fund the USPS. You can find out more about APWU’s efforts and contact your elected officials here.

Harris stressed the importance of the fight for the future of our Postal Service.