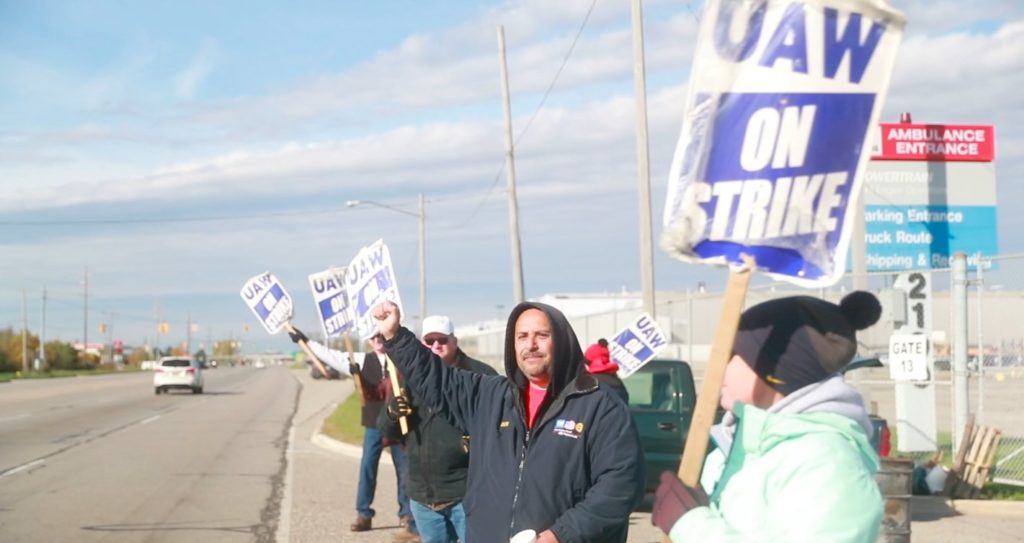 For the last 22 days, United Auto Workers (UAW)  members have been walking the picket line in support of better healthcare, wages and treatment of part-time employees. Throughout the strike, popular support for UAW members has been notably high, signaling a shift in public opinion for Organized Labor.

Public approval for labor unions is at a 20-year high, and as income inequality has reached a 50-year high, it couldn’t come at a better time. After the blow dealt to Organized Labor by the Janus ruling last year, article after article declared it the end of the labor movement. To paraphrase Mark Twain, it looks as if reports of Organized Labor’s death were greatly exaggerated.

Unions have played a vital part in improving the wages and rights for workers on the job, including non-union workers. When union membership was at its peak in the 1950’s, wages for workers grew along with the economy. Since then as membership has stalled, the wealth of corporate power and the top one percent of earners has increased exponentially while the average worker’s earnings have stayed completely static. Unions advocate for policies that benefit all workers, not just union members, like healthcare coverage, workplace protections and fair wages.

That’s why the UAW strike is so important, while corporate America and their political allies continue to make it harder and harder for workers to stand up for their rights (such as the recent push in Alaska), workers still have the power to bargain for the wages, benefits and respect they deserve and to grind multi-billion dollar corporations to a halt. Organizations are only as strong as their employees, and the UAW strike is only one example of many in recent times. Industries that traditionally haven’t had union involvement, such as tech and journalism are starting to organize their work places. Working Americans are starting to realize that the best way to see more dignity on the job is by standing together.


Almost 50,000 members of the UAW are on strike nationwide while talks between the union and General Motors (GM) continue. The fight hasn’t been easy for either side, with GM losing an estimated $90 million dollars a day and union members having to live off of just $250 dollars a week in strike pay, not to mention GM briefly cutting off healthcare to its employees (they have since revised that due to public outcry). This is the largest strike in the United States in decades and represents more than just the struggle between GM and UAW. It shows just how vital Organized Labor is to the average American.

These are tough times for the American worker, while large corporations and the stock market have rebounded tremendously from the 2008 financial crisis, worker pay has stagnated despite worker productivity continuing to grow. Large domestic corporations such as GM have also continued to export good-paying jobs to countries with lower labor standards and pay. On top of these market-wide issues, we are also facing one of the most hostile climates for Organized Labor out of state capitols and Washington in our history. The confirmation of union-busting corporate lawyer Eugene Scalia as Secretary of Labor, a Labor Department attempting to further attacks on work-place rights and the landmark Janus vs. AFSCME case are all part of a partisan attack on the rights of union members and workers.

Here in Florida, after years of hard work and struggle from our labor unions the tide is beginning to turn: major metros like Tampa and Orlando have raised their minimum wage for city employees to $15 dollars an hour, support for increasing teacher pay has even begun to reach the most conservative of leaders in Tallahassee and our sisters and brothers in National Nurses United recently went on strike for better treatment of hospital staff. Labor unions have consistently been the driving force for better economic outlooks for Americans of all backgrounds, and the American people are taking note. The path forward will most likely see more attacks from D.C. and hostile state capitols, these issues affect more than just union workers, it effects all working families.

If you or your friends and family are in a state near one of the UAW pickets you can find one to support here.