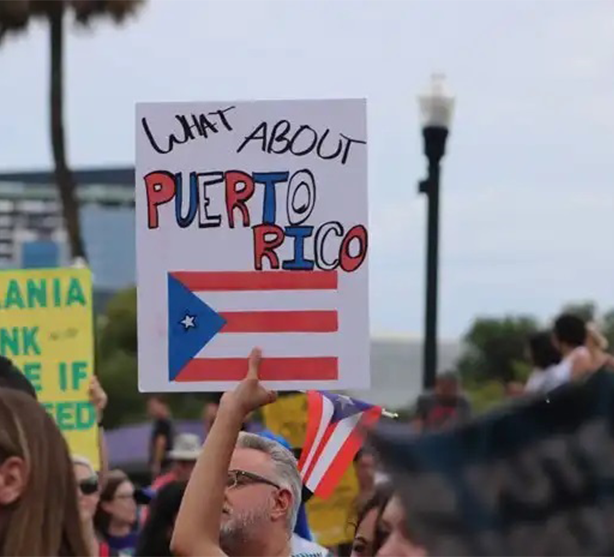 This year’s Hispanic Heritage Month is charged with political tension. The stakes could not be higher for Latinos who have been at the center of our President’s xenophobic ranting for more than four years now.

Vice President Biden lost no time in unveiling a long-awaited Public Policy for Puerto Rico last week in Kissimmee, which also coincided with the third anniversary of Hurricane Maria’s landfall on the island.

Not to be outdone, the President responded by once again trying to buy our votes with lies, announcing a thirteen billion dollar allocation of infrastructure and school rebuilding funds to the island. However, the truth is, those same funds had been allocated by Congress three years ago, and the President had been holding them up.

In a world of lazy political analysis and permanent both-sides coverage, it’s almost inevitable that some pundits will equate what President Trump has offered to Puerto Ricans in the past few days to the vastly superior policies of Vice President Joe Biden. Coming on the first few days of Hispanic Heritage Month, and largely tailored towards the influential voting bloc of Puerto Ricans across battleground states, dueling proposals from the two campaigns have captured much fanfare.

The similarities between Republican and Democratic policy agendas end there. They really show how one presidential candidate, Joe Biden, is a true statesman, while President Trump remains the same conman we were warned about in 2016.

Joe Biden’s announcement of a comprehensive policy to help Puerto Rico and Puerto Ricans came as a result of months of collaboration and participation by Puerto Rican leaders here and on the island. The proposals in his plan included a trillion-dollar commitment to build back the island’s economy, crumbling infrastructure, schools and universities, as well as the energy grid. It is a plan that the campaign can be proud of, and one that gives our community hope for a potential new golden age for Puerto Rico.

President Trump’s announcement that the White House would finally release funding long since appropriated by Congress only shows that Trump thinks Puerto Ricans are gullible political pawns. Any other administration would have hung their head in shame at admitting they had purposefully and cruelly held back disaster relief to needy American citizens for nearly three years. Any other political campaign would have found it hard to stomach a brazen attempt to buy votes by waving around cold hard cash wrapped in lies. Instead, the Trump administration is trying to frame this as a win, cynically announced 46 days before an election.

No amount of Johnny-come-lately efforts by Trump will erase the fact he has insulted our people and avoided giving us the aid we are entitled to as citizens for three years. Nothing can erase the fact Trump waited weeks to visit Puerto Rico after Hurricane Maria struck, was more concerned with the budget than with helping people, denied the number of deaths that resulted from the storm, and made a game of tossing paper towels to people that needed a compassionate embrace instead.

Nothing can take away his obvious disdain for nuestra gente, the fact he believes we are “dirty” and “poor,” or that our island is just a disposable asset on a presidential Monopoly board.  On top of that, the constant barrage of anti-immigrant and anti-Latino rhetoric pushed by the White House’s current occupant shows that he has nothing to offer us but contempt, disdain.

Puerto Ricans and Latinos know better and see a real commitment from Joe Biden that brings us to the table. A respect for our heritage on day one of our celebrations as opposed to the President’s cynical reaction that, in essence, says Latinos are dumb and can be conned into voting for him.

We are familiar with politicians trying to buy us. As we celebrate Hispanic Heritage Month, we embrace a famous saying: we choose politicians who offer “vergüenza sobre dinero,” values over money. We will not be fooled.

Marcos Vilar is the Executive Director of Alianza For Progress