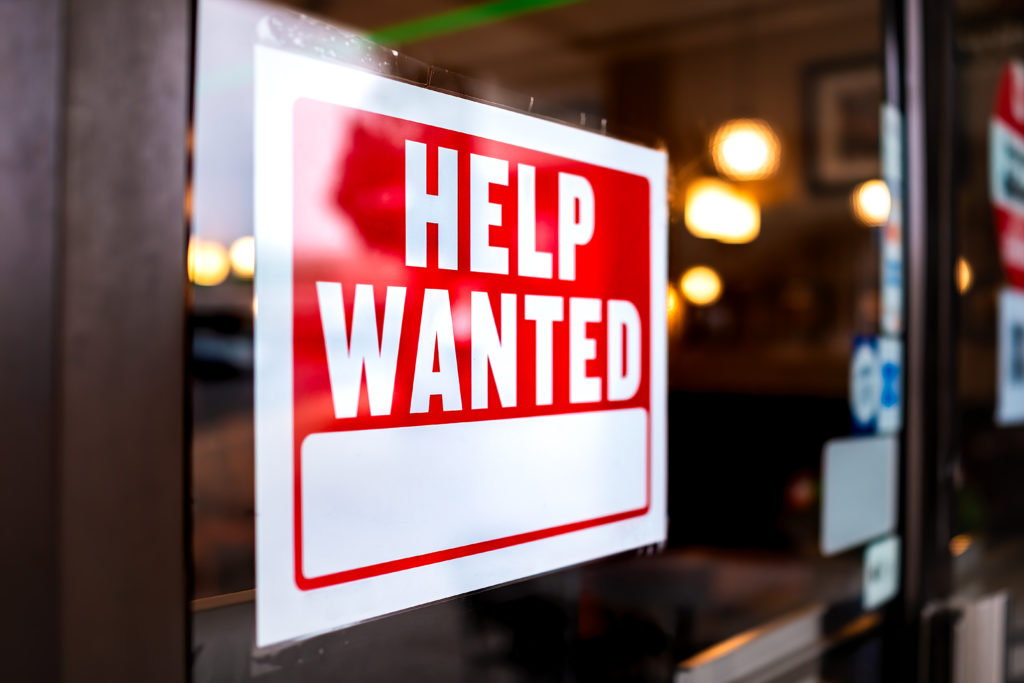 Florida’s businesses are beginning to fully reopen after over a year of diminished demand and adjusted schedules during the COVID-19 pandemic and are finding themselves having difficulty recruiting working people. There have been slews of reports about this so-called “hiring crisis” across the Sunshine State and nationwide, with many business owners, groups representing their interests, and politicians claiming that increased unemployment benefits are the main culprit for the dearth of eligible employees. While it may be a convenient way to write off the current difficulty for businesses to find workers, the situation is much more nuanced. Here in Florida, the idea that our paltry benefits have encouraged working people to stay home is laughable at best.

So why aren’t workers rushing to fill these newly opened positions across Florida?

Let’s examine the claim that workers, newly emboldened by seemingly luxurious unemployment benefits, are simply taking prolonged vacations on Washington and Tallahassee’s dime. Florida has some of the lowest unemployment benefits of any state in the nation, with a maximum of $275 weekly. The emphasis here is on $275 being the maximum weekly benefit. The majority of those receiving benefits receive even less. That’s just for those that receive it. An estimated 90% of working people that applied for unemployment in the last year have received nothing. It’s important to point out that even if workers did qualify for state benefits, those benefits have long since expired due to Florida’s obscenely short benefits period. All that remains for some workers is $300 in weekly federal benefits. This discussion should be about a strong labor market and hiring competition, not the false canard of unemployment benefits keeping people home.

Even with the enhanced benefits from the federal government, Florida’s unemployment benefits are barely enough to scrape by for working families, barely allowing working families to clear the average rent payment across the state. Much has been made about both the stimulus and the enhanced federal benefits, with prominent conservative groups laying the blame on higher unemployment funds for the lack of workers. According to a study by the JP Morgan Chase Institute, the first round of $600 a week enhanced benefits had no effect on the amount of time workers spent looking for employment; however, the higher amount in cash kept funds in our economies, helping dampen the blow of the economic fallout of the COVID-19 pandemic. The idea that workers “have it too good” to return to the workplace due to unemployment is a faulty premise at best in states with actually functioning unemployment systems. Here in Florida the notion is inane.

The elephant in the room that many pro-business lobbyists and their political cronies (including noted Medicare defrauder Senator Rick Scott) are trying their best to ignore is that businesses that offer competitive wages, benefits, and better overall quality of life aren’t having the same difficulty luring workers back. Over 80% of Disney workers have returned since the parks’ reopening, not by coincidence they also start workers at $14 an hour (almost twice the minimum wage), provide healthcare benefits, and many workers are represented by a union. Keep in mind that Disney workers have a collective bargaining agreement that guarantees the $14 an hour starting wage, healthcare coverage, and the right to join a union if they so choose. For preaching the fundamentals of market economics, politicians like Senator Scott and Governor DeSantis seem to be purposefully ignoring the iron will of supply and demand: labor is in demand, and with it workers’ value is finally starting to be recognized.

The COVID-19 pandemic has been especially hard on frontline and service workers. Businesses in the service and tourism sector have been the main industries leading the conversation about the supposed disappearance of the American worker. Another key factor in the hiring difficulties is that many workers, primarily working women, have had to drop out of the workforce or work reduced hours due to the closing of schools and childcare facilities. Safety, job security, and income have been primary factors for many working people. Many workers simply aren’t willing to risk their safety, and that of their families, for low-paying service jobs with inconsistent schedules.

The COVID-19 pandemic has reminded many about how vital America’s working people are to our communities, states, and nation. If businesses want to run successfully, they should keep this in mind and offer actual incentives, both in terms of pay and safety, to get employees back on the job. For decades, the productivity of the American worker has climbed, while pay has remained stagnant. No amount of shaming from corporate interests is going to fix that. It’s time to actually invest in America’s working people.